So... I won't lie, chicken cordon bleu is not nearly as challenging as I hoped it would be. I was feeling a little fancy and my husband always likes when I take dinner to the next level and stuff the chicken with something so, cordon bleu just made sense. I've made a few things similar before, but never actually cordon bleu and never actually followed somebody's recipe. So I was all excited and started prep at like, 3:30, thinking I MIGHT be done by 6.. little did I know it was only gonna take me about 20 minutes to do it ALL before it was in the oven! SO, for those of you desiring some tricky, afternoon dinner project, don't make this. But, for those of you who can't deny a good stuffed chicken breast that makes you look much fancier than you actually are and you only have 45 minutes before people are showing up, make this.

Preheat your oven to 350 degrees. 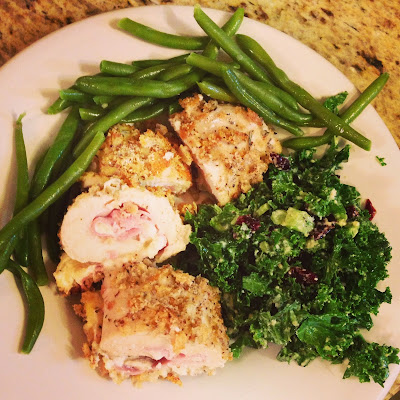 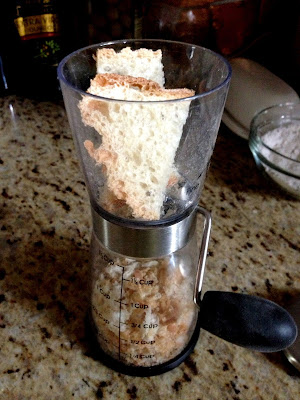 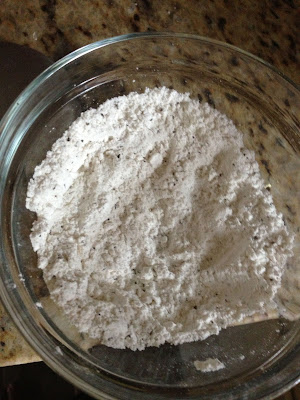 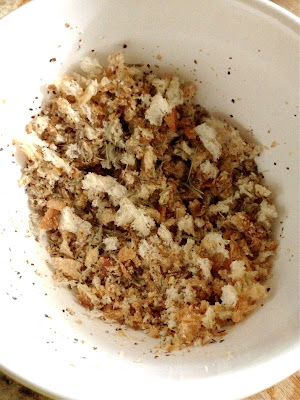 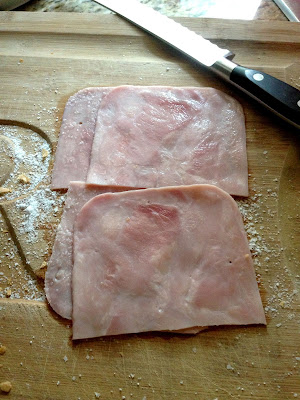 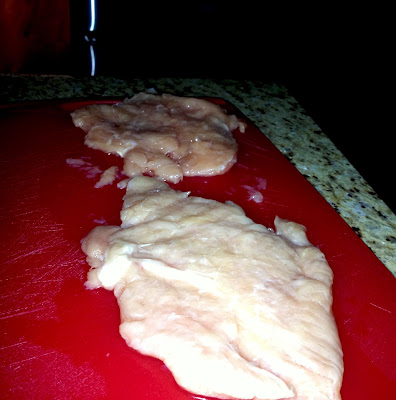 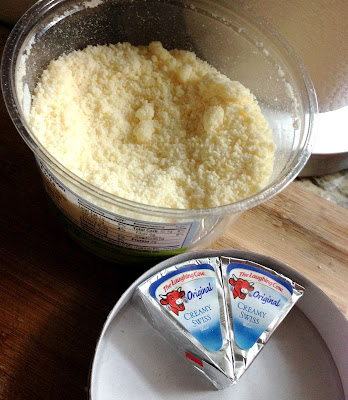 To assemble, first start by spreading the baby swiss directly onto the ham slices, as it's easier to spread while the ham is on a cutting board, not the chicken. 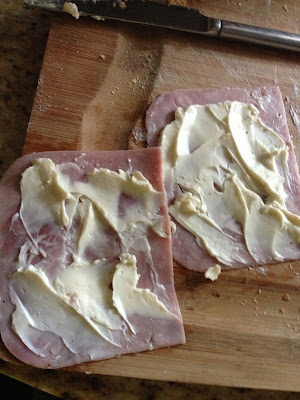 Now lay the pieces of ham over the chicken breasts and sprinkle with the parmesan-reggiano. 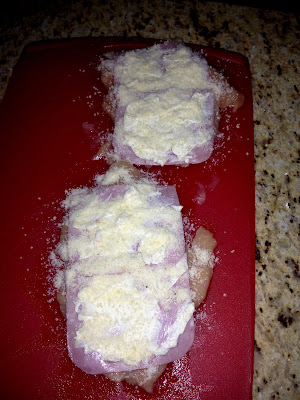 Carefully, roll the chicken breast up on itself until it's in a tight little bundle and can rest on its own without unrolling. 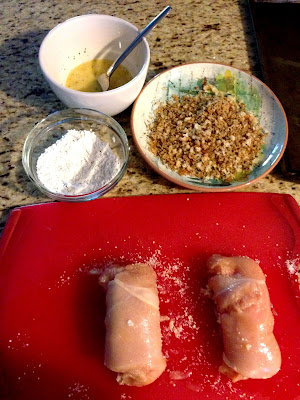 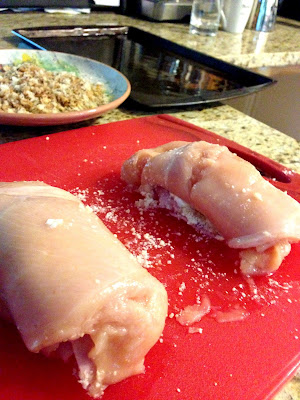 Now generously sprinkle the breasts with your flour mixture, carefully dunk them into the egg wash and coat them in the bread crumbs. I find it easier to coat them fully if you spread the breadcrumbs out on a plate instead of in a bowl. 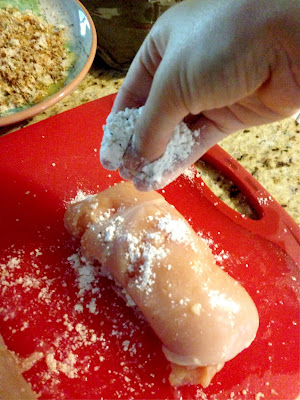 Now place them side by side on a baking sheet drizzled lightly with your olive oil, place in the middle rack of the oven and bake for 20-25 minutes. Voila! I will tell you this.... I baked mine for 20 minutes and they were perfect, but you know me and chicken... I'm a real nervous chicken baker. So I stuck it back in for literally 3 more minutes and I slightly dried it out. So trust your oven and don't let it get dried out! 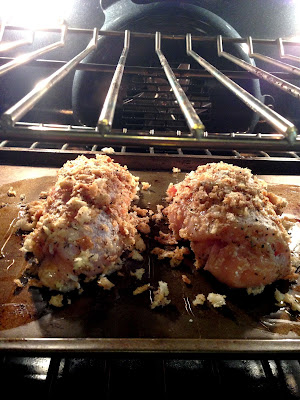 While the chicken is baking, make your sides! We chose to have a kale & hummus salad and some garlic green beans. 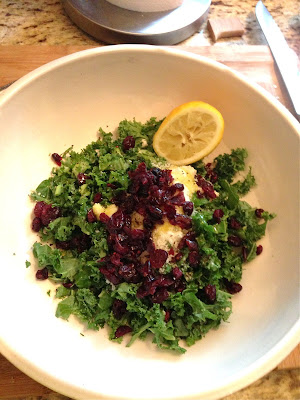 Remove from the oven and slice into beautiful little rounds. Arrange on the plate and serve with something a little sweet, like a cranberry salad or minted melon. 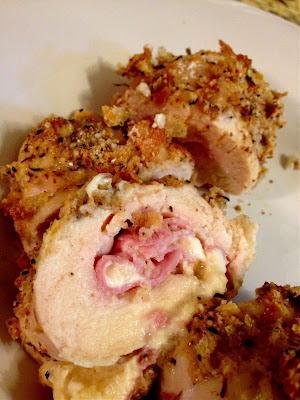 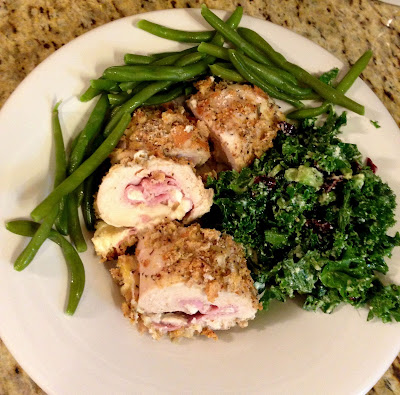 And there you have, the easiest, prettiest, made from scratch Chicken Cordon Bleu. 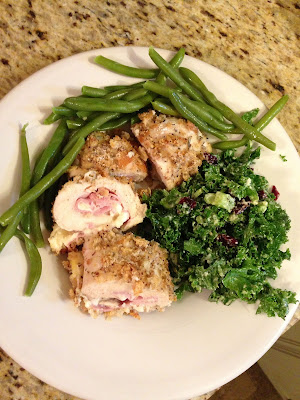