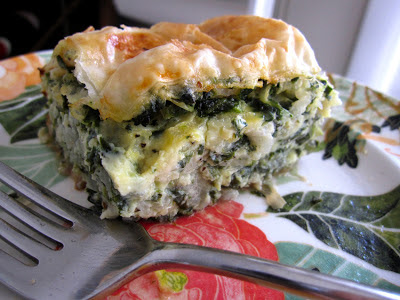 British Pie Week is full swing, my friends! The Rudders are celebrating our second pie installment with my Gege's famous Spanakopita! It's the best Greek dish known to man, in my opinion, and her recipe is a little different from everyone else's.... it's lighter and better tasting and literally one of my top 5 favorite meals. That's SAYING something coming from me, as you well know that I'm fully obsessed with the entire spectrum of "food." 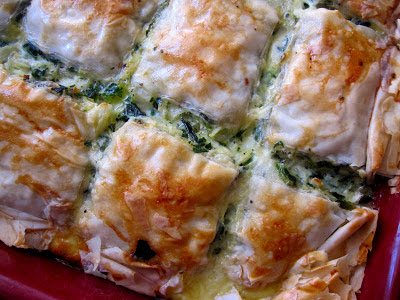 Anyways, today was the day! There's a chill in the air but the sun keeps creeping out... so it felt like a "let's have a baked spinach something" kind of day! We started our pie week here on Recitherapy with our Aussie Meat Pies, which, of course, never cease to amaze us and you should give them a try. But then you should quickly finish those off and go for this amazing, flaky, Greek goodness pie.

Ingredients: (this is halved, but if you're making it for more than 4, double everything)
3 large onions
4 eggs
16 oz cottage cheese
20 oz frozen chopped spinach, thawed and VERY WELL DRAINED
half box filo dough
olive oil
salt and pepper to taste

Let's go! Preheat your oven to 350 degrees or slightly under if your oven gets really hot. Dice dice dice those onions, drizzle a little olive oil in a large saute pan and toss them in. Cook until translucent, 5 to 10 minutes and make sure to add salt and pepper. Just eye it. You'll be doing a LOT of eyeing the salt and pepper in this recipe so get comfortable in your own skin! Once they're finished, take them off the heat to cool slightly. 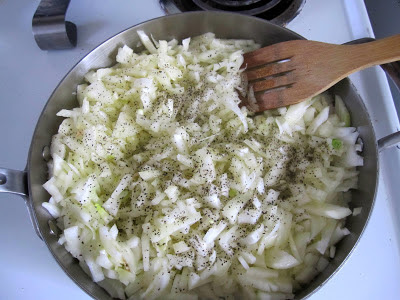 While those are getting soft, place the spinach in a colander and let it drain drain drain. Frequently, between little stations of this recipe, you'll want to press the spinach down with a paper towel to really get all the liquid out. 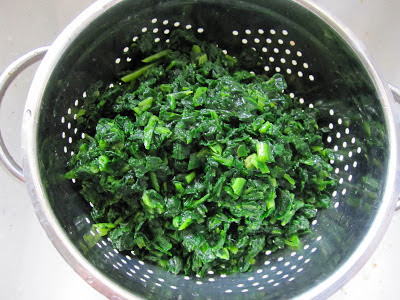 Now crack THREE of the four eggs into a small bowl, salt and pepper them and whisk them until well beaten. Set aside. 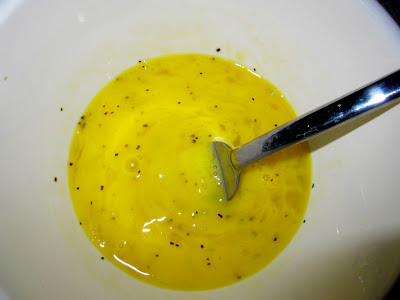 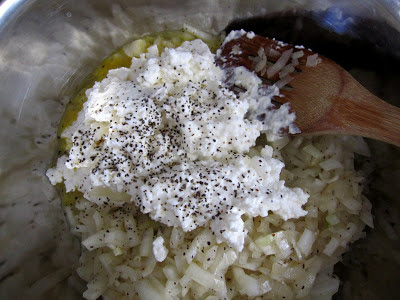 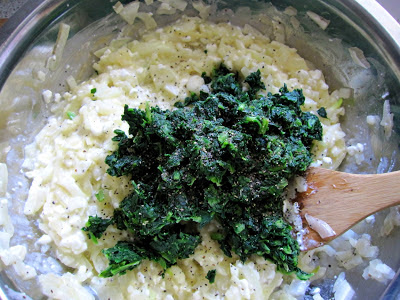 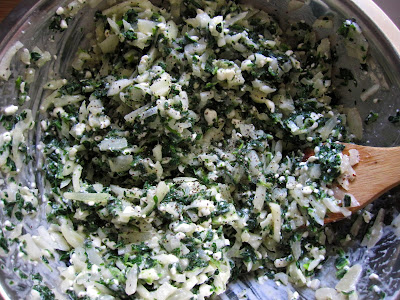 Now the fun part! Channel your inner "gentle giant" here, folks as filo is very sensitive. Olive oil a casserole dish and carefully unfold your filo dough. Place 5 sheets of the filo in the bottom of the casserole, lightly brushing the top of each layer with olive oil in between. Then spread 1/3 of the spinach mixture atop the filo and layer with 3 more sheets of filo, again, oiling between each sheet. Then layer the next third of the mixture and repeat the layering until you're finished using your mixture. Finish the top by layering and oiling as many sheets as you'd like to finish... I think I probably did 7 sheets to top it off. Then lightly oil the top sheet and slice through your pie in the desired slice sizes. 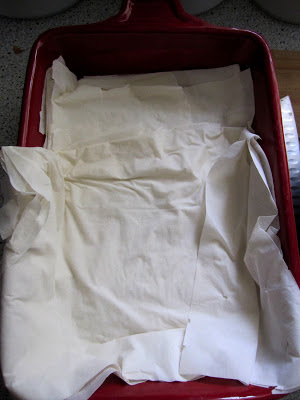 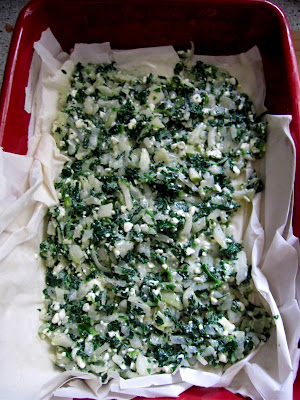 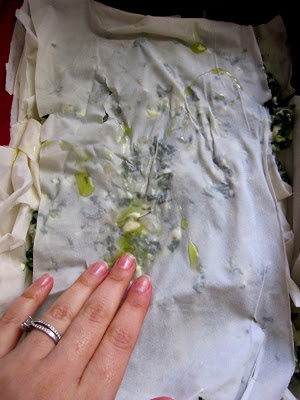 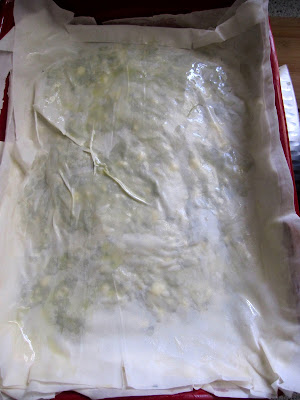 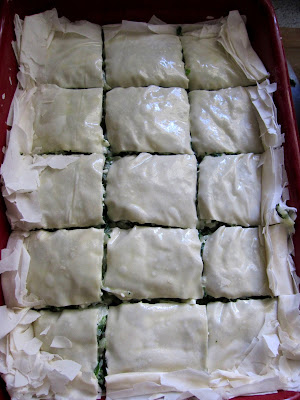 Now whisk up your last egg, add a little olive oil and surprise surprise, add salt and pepper. Gently pour the egg mixture over the top of the sliced pie, letting it cover all the way to the edges. Once you've poured it all, slice through the cuts again to ensure that the egg mixture does seep down into the grooves as well. Place in the oven and bake for an hour! 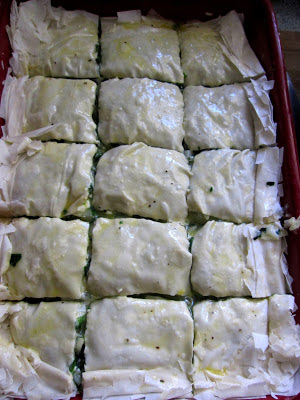 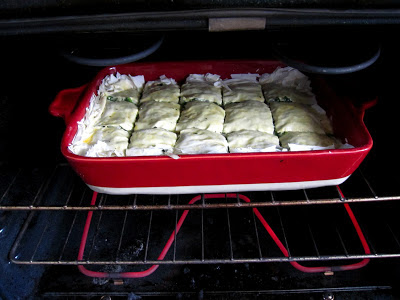 But watch it, every oven is different and filo is very finicky with too much heat. Because my oven is old and funny, I turned mine at the half hour mark to make sure it was cooking evenly, you may or may not have to do that. Pull it out when it's golden. 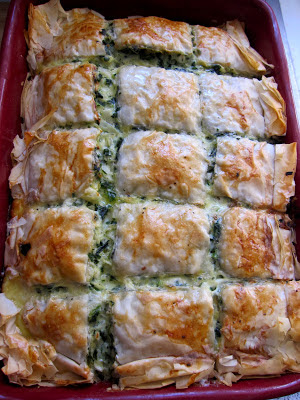 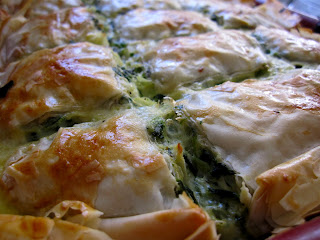 Set it aside to cool before cutting into it again. And don't be alarmed if it's puffier when it comes out than it looks five minutes later after cooling. It's normal. :) 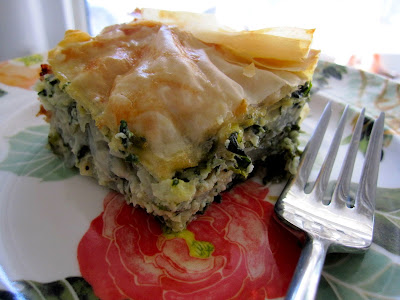 Serve it up as is, and choose wisely... center piece or corner piece?? More filo? Less filo? 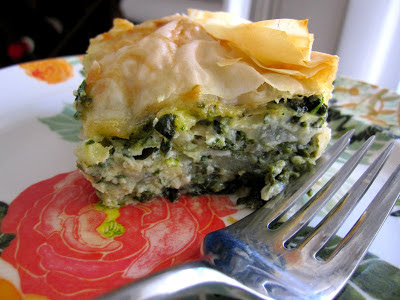 One word of caution: good luck eating just one piece. ;) 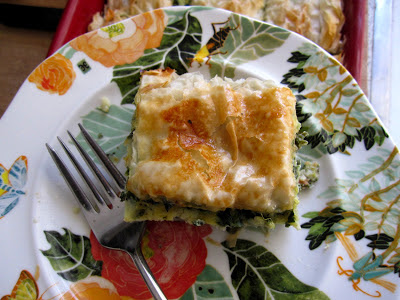 Happy British Pie Week, happy "why not try and be Greek" week, happy brunching, dinnering, lunching and late night snacking, my dear friends... this baby won't disappoint in ANY of these categories! 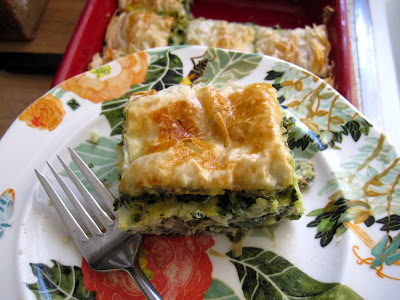 And isn't my Gege a darn genius for using cottage cheese instead of feta? The flavor is surprisingly SO MUCH NICER in my opinion and compliments the spinach in a really pleasant way!

Love you, Gege. You inspire me!
XOX