Cauliflower? Yes.
Really? Yep!
Do it. I've decided cauliflower is too useful in too many ways to not have it on hand at all times. It doesn't hold too much flavor on it's own, which makes it a fabulous blank, but nutritious canvas for a LOT of creative dishes.

From my reading, cauliflower is an excellent source of Vitamin C and Manganese... both of which are HIGHLY beneficial in fighting stress, therefore battling certain cancers AND it's chocked full of Vitamin K, one of the BEST regulators to our body's inflammatory response. Dad! Anti-inflammatory! Get crackin' on this crunchy goodness! :)

Ingredients:
Preheat your oven to 350 degrees. In a skillet, warm up a little olive oil and toss in the diced onion and roughly chopped cauliflower florets. Sprinkle with pepper to taste. Cook over a medium heat, stirring occasionally until the onions are almost translucent. While that's cooking, sprinkle a little sea salt on the bottom of an 8x8 baking dish and then spread the cottage cheese along the bottom. 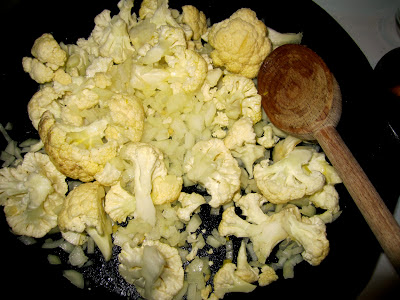 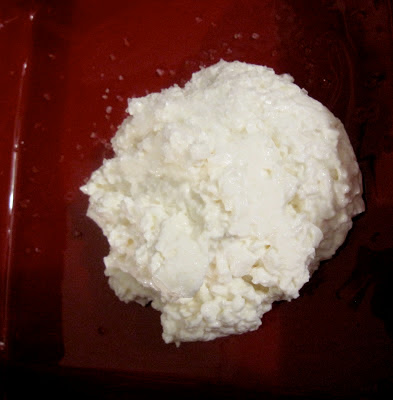 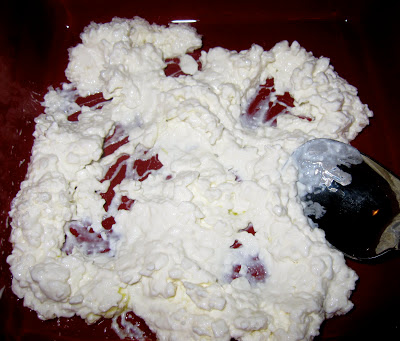 Once onions are looking a little see through, dump the onion cauliflower mix onto a cutting board and chop chop chop it as fine as you'd like. The boys did say they would have liked it chopped a little more fine... but I liked it with a few chunks. ;) Up to you. 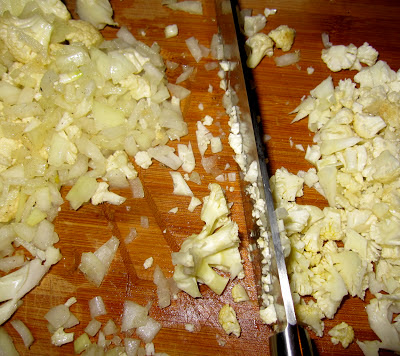 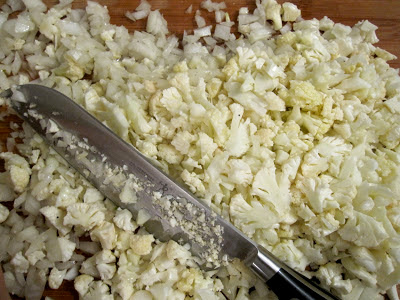 Toss the onion cauliflower mix into the baking dish, top with the chopped spinach and lightly lift the cottage cheese from the bottom with a spoon until everything is just mixed together. Sprinkle the almond meal over the top and the grated cheese over that. (i was trying to be a little more health conscious here so i only used that much cheese... but if you want to splurge or think your kids will eat more of it with extra cheese, go for it, i won't blame you... but it doesn't need it) 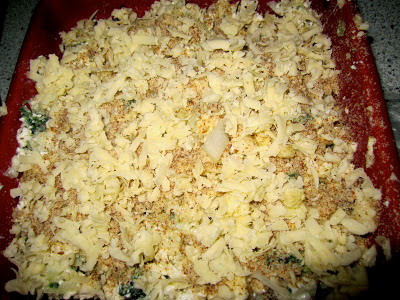 Bake for about 25 minutes or until the top is golden brown and it's bubbling on the sides. Just for kicks, I put mine under the broiler when it was finished baking to make a few brown bits. I think it's prettier that way and adds an extra layer of crunch. 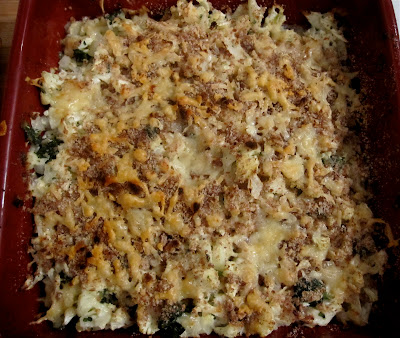 Serve along side your sweet potato lovin' meatloaf or all on it's own! I ate it for dinner last night by itself and it's fabulously filling and delicious. And lo and behold.. I'm SO not stressed today! ;) (chuckle chuckle chuckle... but really) 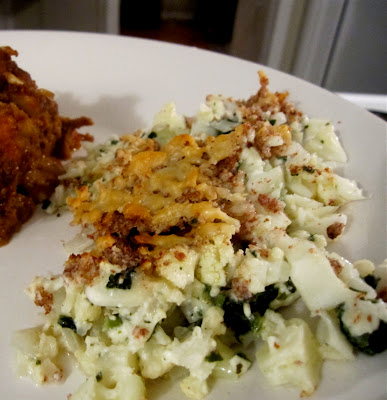 HAPPY WEEKEND! How's about you add a little crunch to your day.