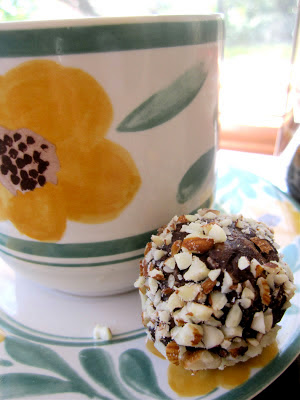 I've been wanting to make something like these for a long time... I've had a few good accidental recipes (that i probably should share with you soon considering it's holiday season and they're all TOO pretty to keep to myself), but this one I saw on the Sprouted Kitchen blog looked too perfect to pass up. I knew my mother in-law would love the idea of them because she and Charles have "afternoon tea" together every day, which consists of tea (obviously) and a little treat of some sort. They're the perfect little bite size morsels AND they look way more chocolaty and sinful than they actually are! So I decided to give her recipe a go... had to change one major ingredient because we didn't have it pantry stocked... the result is that I'd definitely make them again but I will lessen the amount of salt, increase slightly the amount of cocoa and definitely try it with almond butter instead of creamy peanut butter. That said, there's only a small handful left and everyone in the house is spotted eating one each day so, it looks like this recipe worked just fine. ;) Coolest part about these? They look like they're ALL CHOCOLATE but it's really those sneaky DATES that do the trick.

Toast your almonds! Turn your oven on to 250, 300 degrees and pop the almonds in on a baking sheet lined with parchment paper. No need to wait for the oven to preheat, they'll get toasty fairly quick anyways. I left mine in about 15 minutes. Remove and let cool. 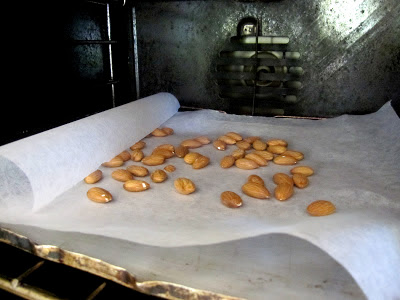 Toss the chopped dates and the vanilla extract into a Vitamix or food processor and blend until thick and chunky paste forms. Add the peanut butter and pulse more until blended. Then add in the coconut, cocoa, salt and cinnamon and blend until well combined. If it looks too dry that it won't form a ball in your palms when pressed, add in a splash of water and pulse until it looks ready. Remove from the food processor and place it in a bowl to combine even more with a spoon until all the lumps of salt and peanut butter are thoroughly combined. 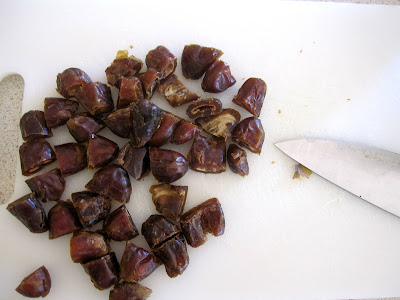 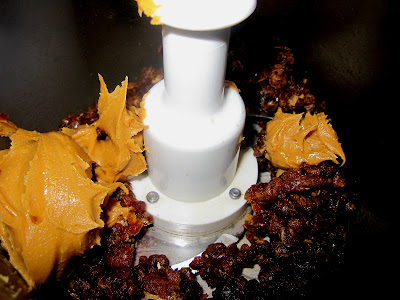 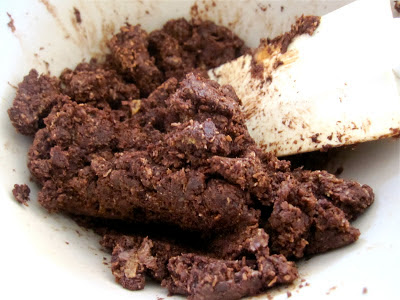 Chop chop chop your almonds until they're crumbly enough to stick to the date balls when you roll them through. One by one, form a big tablespoons worth in your palm and form a bite sized ball. Roll the ball gently pressing over the almonds and coat thoroughly. Set on a serving platter, continue with the rest of the dough and let set in the fridge for at least an hour before serving. Best when chilled! :) Eat for a morning brunch treat, an afternoon tea snack or even a not so naughty dessert after dinner. (and then as a midnight snack) 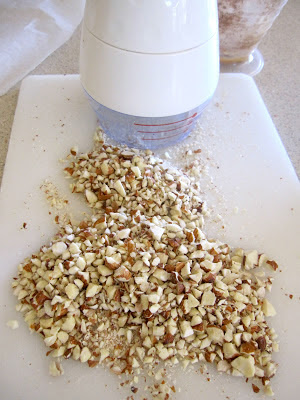 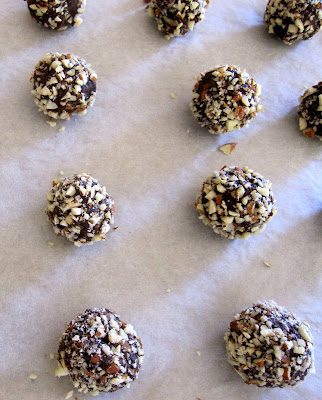 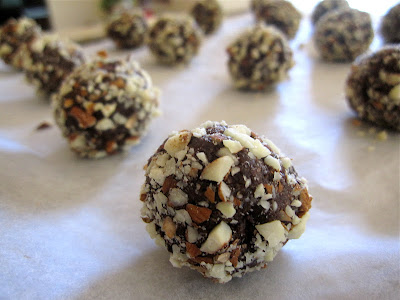 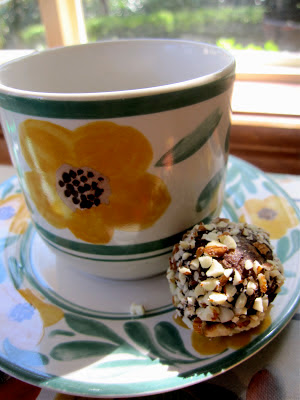 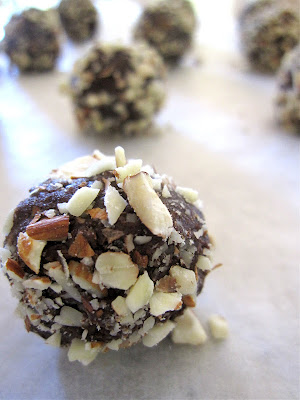 ENJOY sweet friends and I can't wait to be back on American soil so I know what TIME I'm posting to you, haha!
xox 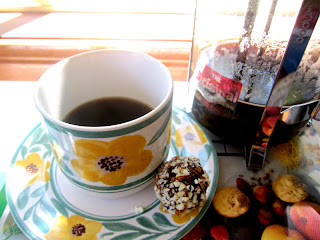