I realize this title is vague... but so is the dessert. I've been on a bit of a pumpkin kick since the air has started getting fresh. The other day I made a pumpkin banana bread and only had one banana to work with so I only was able to use half the can of pumpkin... such a good excuse to create another tasty, delicious treat... you can't just throw out half a can of good pumpkin, right? ;) Also, I have no idea what I made that only required half a can of sweetened condensed milk, but I had an extra half can of that as well. Winning ingredients already, if I might say so myself. 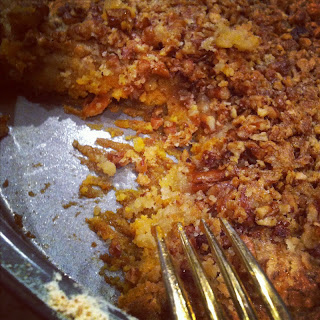 So what exactly are we making? Well... it's a sort of pumpkin dump cake. It's a creamy, pumpkin-y, cinnamon-y mixture, topped with a cake like crumble, finished with fresh pecans and butter and baked for an hour. I didn't have my proper small pan (thanks Judy!) with me since I'm at my folks house, so I used a cake pan. It was perfect in the cake pan, but I would imagine it being even more ideal in one of those one inch deep 9x13 baking pans.

This is one of those desserts that you can whip together when somebody last minute asks you to provide dessert for the double date dinner, or for the impromptu book reading, or Bible study, or wine night, or whatever. If you're totally cool and fancy, you could also whip it up for a fabulous brunch... everyone likes a little sweetness with coffee after eggs. ;) If you've got an hour, you're good to go. So let's get started, shall we?

Preheat your oven to 350 degrees. Grease your pan. ( i used butter, but shortening works as well )


In a bowl, mix together the pumpkin, sweetened condensed milk and egg. Once well blended, dash in a small pinch of salt and some cinnamon. If you like lots of cinnamon flavor, go to town, if you don't, just toss in a pinch or two! Mix well and then pour into your prepared pan. In another bowl, mix together the flour, sugars, baking powder and a little more salt. Blend it until it's well combined, then sprinkle it all over the top of the pumpkin mixture in the pan. Sprinkle the chopped pecans over the entire thing and top with the melted butter. Bake for 50 minutes, or until the edges are starting to get brown and slightly pull away from the pan. Serve warm for maximum enjoyment and if you're really feeling saucy, pair with some vanilla bean ice cream and chocolate sauce. 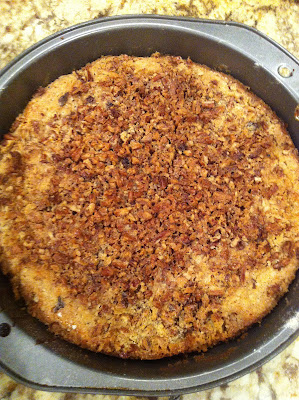 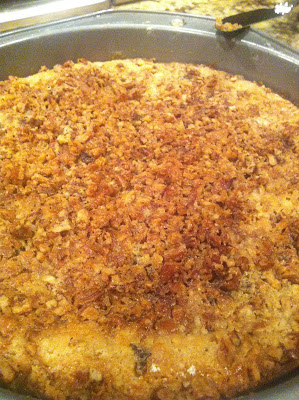 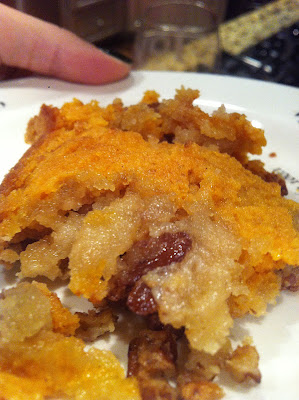 If you're like me, don't bother serving it on a plate, just take a fork to the pan. It's equally as rewarding. ;) 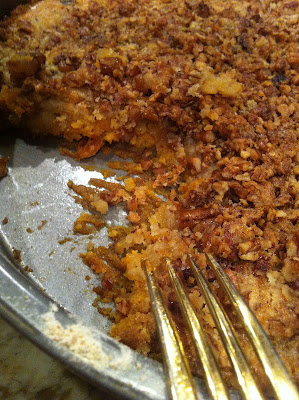 Happy first taste of fall to you sweet friends... go make this thing and bless somebody with it!
XOX