That's right! James and I were just in Mexico for seven days celebrating our one year anniversary! :) It was beautiful and we were totally relaxed. Praise the Lord for vacations. Also praise the Lord for the BEACH and for amazing FOOD. We had some killer dishes at the resort restaurants so today's entire post is dedicated to letting you in on some of the culinary masterpieces we enjoyed... let's dive right in. 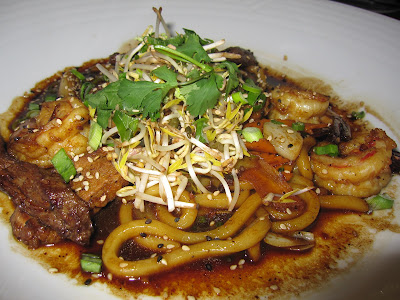 Both dripping in oyster sauce, we're not really sure what these dishes were going for but they were TASTY. James was even brave enough to order the one that said, "land, surf, and sky" which included duck. Well done, honey. Never have I ever. (or will I)
Tramonto: Italian... this was our favorite! Visit #1: 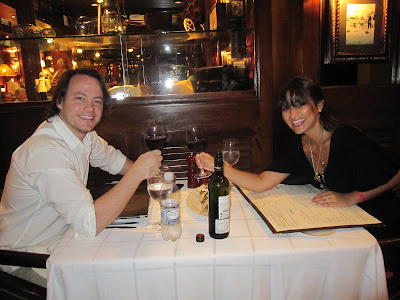 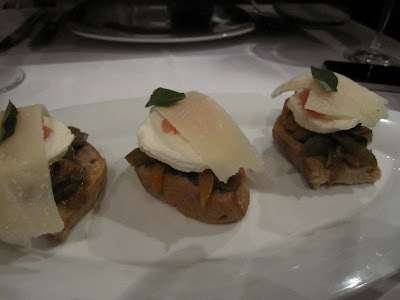 After receiving this unbelievable bruschetta and seeing that they had one of our all-time favorite wines on the menu, we decided to make this our anniversary dinner. Win. By the way, that bruschetta was on the crunchiest, most perfect toast, the PEPPERS were to die for and SO flavorful and do you see that giant white DISC on the top of each one? Goat's cheese. Yes. Then topped with parmesan reggiano, then topped with their fresh grown basil. Heavenly. 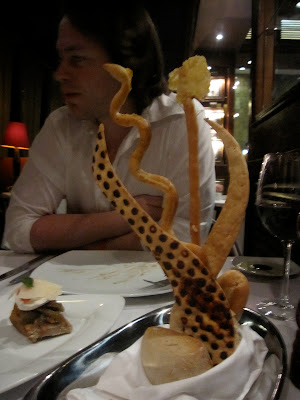 C'mon, I appreciate a great bread display.. no one does it anymore! 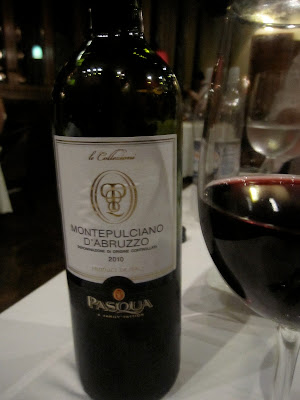 Just go buy it if you see it somewhere, trust me. 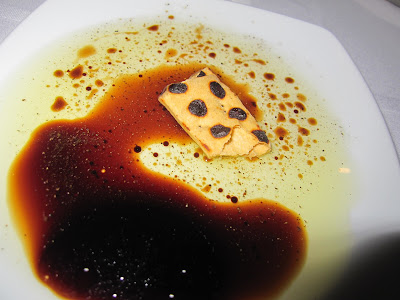 I know, I know, pointless foodie shot. James laughed at me when I kept photographing my oil plate but I thought it was so pretty with that spotted bread cracker in there! 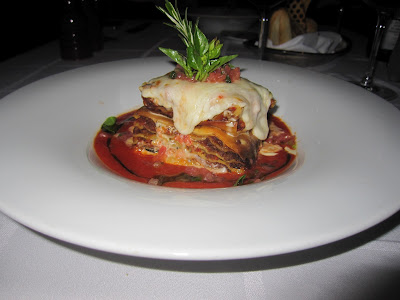 Old fashioned, classic lasagna... he couldn't resist. (and neither could I) 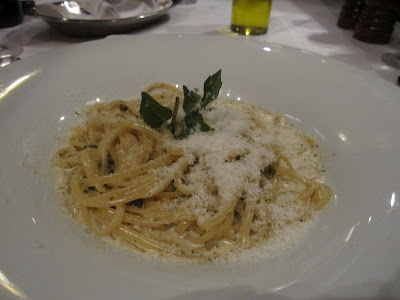 Mine was interesting... I saw the "vodka sauce pasta with salmon, dill, capers, garlic, etc etc etc" and I thought, "red vodka sauce, minus the salmon, yes let's go with that." I assumed wrong. It was white vodka sauce and it was SO CREAMY. The menu didn't mention it being creamy and cheesy and SO HEAVY. So I think I only made it through a quarter of the dish... but it was delicious. 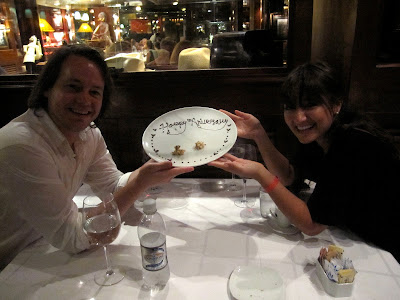 How nice! They brought us a beautiful anniversary plate with little white chocolate almond clusters! 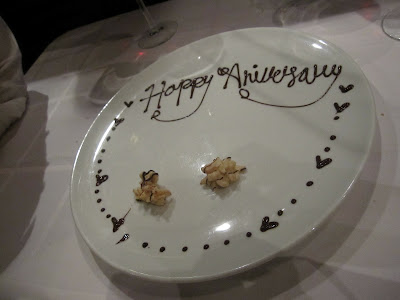 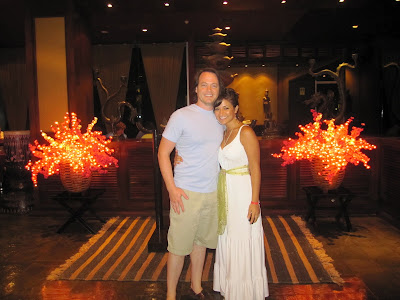 GORGEOUS restaurant, so so beautifully decorated. 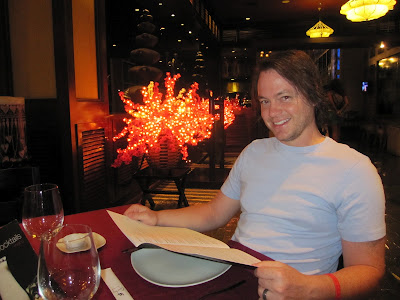 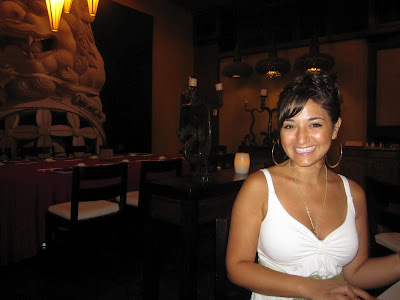 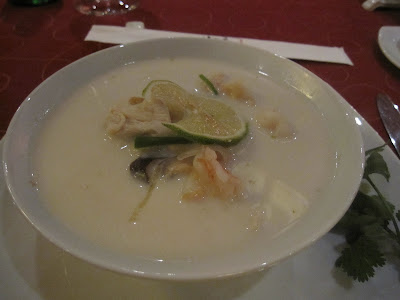 Thai Coconut Soup, their version of tom kha, except they added shrimp as well as chicken. It was spicy and excellent. Not my favorite tom kha broth I've ever had but still, really delicious. 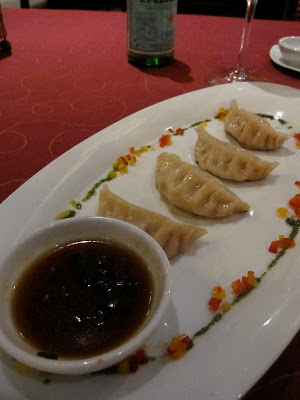 Pot Stickers for James. I don't usually eat these, but I could've pounded down another plate of them myself I'm sure. 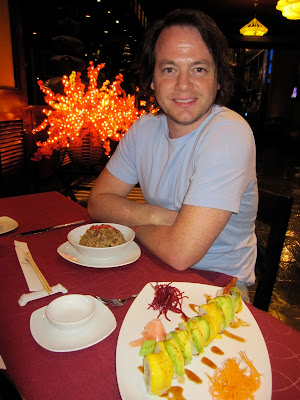 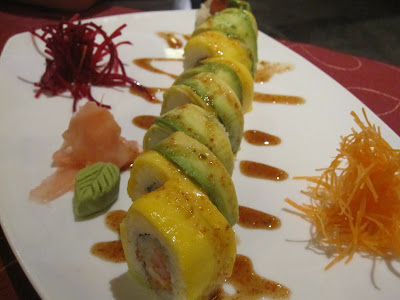 I believe this was called the Dragon Roll. (original) Sadly, as some of you may know, I don't eat sushi. I used to until one day it made me sick and I've never been able to go back to it since. My husband, who's favorite place in the universe is Japan, is a sushi LOVER, so we've been trying to get me back on the straight and narrow... this was our first step and I succeeded, mostly. This was crab or shrimp, we're not sure, wrapped in all the usuals and finished with BEAUTIFUL mango and avocado. I took one bite and kept it down, it tasted amazing... until I tasted the very faint flavor of tempura batter on the fish. That's what throws me off we've decided. But other than that, man was it good. No wasabi or soy or ginger or ANYTHING needed on this roll. Just as is was a taste explosion. 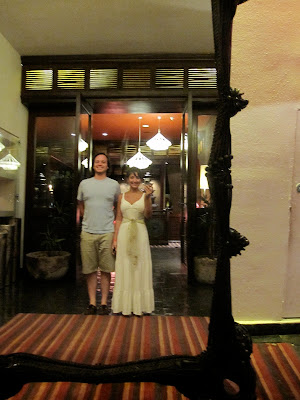 Being silly in the world's largest mirror.
Tramonto, Visit #2: our farewell dinner. 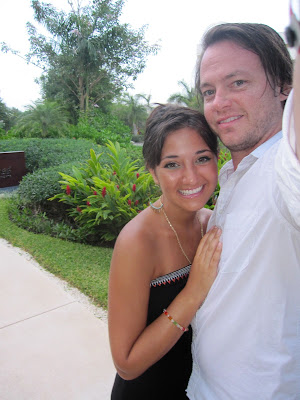 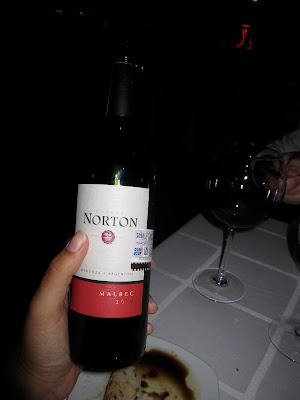 This wine was.... decent. It was nice with dinner but I kept wishing it were something else. Well priced though. 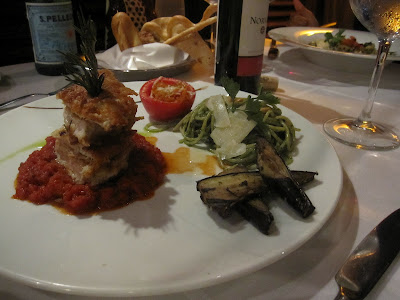 James ordered that beautiful dish of parmesan crusted chicken. Usually I wouldn't be excited to try this because 'parmesan crusted' means 'breaded and then parmesan crusted.' This was actually just covered in parmesan cheese and it was light and delicious, and that red sauce it was sitting in was TANGY and juicy and... clear... do you know what I mean by clear? Not flavorless at all, but very LIGHT and zesty... not HEAVY and all one flavor, bite after bite. It was DELICIOUS. 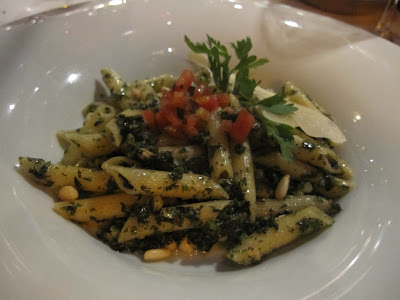 Now THIS is what I'm talkin' about. Penne al Pesto. Freshly chopped and blended pesto, a very light drizzle of olive oil and a LOAD of toasted pine nuts. I was in pesto heaven. Also it kept reminding me of the flavors of my grandma's lebanese meat pies and tabouli. Maybe it was the nostalgia, but I think it was the best pasta I've ever eaten. 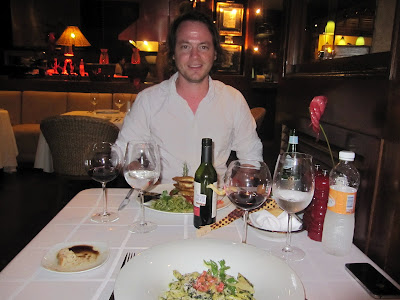 Isn't the setting just so nice? 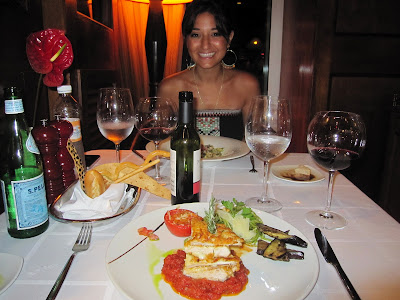 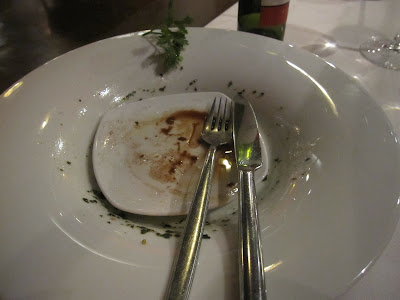 FINISIMO! (i don't even know if that's an actual Italian word but, it sounded right in my head) 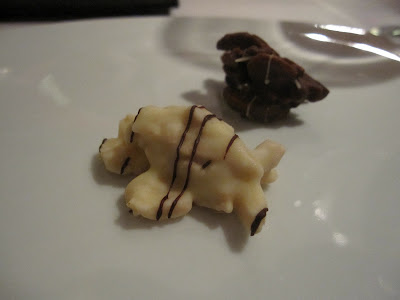 And our complimentary chocolate almond clusters for our after dinner treat. This time they offered dark chocolate as well, just my kind of dessert. ;)
The Market at the resort: 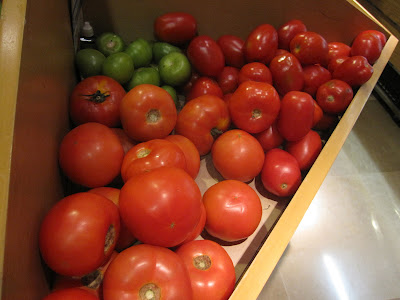 Just wanted to share with you how beautiful these tomatoes were and also ask you this... 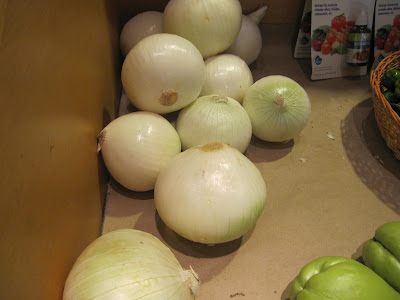 Is it normal [or sanitary ha!] to pre-peel the onions before you sell them to your customers? And also... 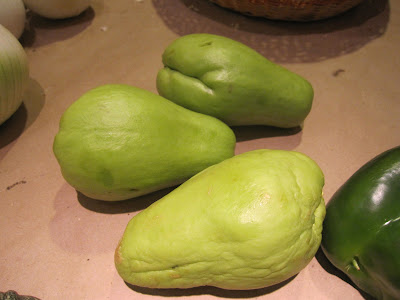 What are these? Really and truly couldn't figure it out... any help?
Love you guys! Bienvenidos a Mexico!
xox
Posted by sidney at 11:40 AM