A few weeks ago, my sweet friend Nicole and I decided we needed a "husbands are away so the wives should hang out" date night. Whenever this happens with Nicole and me, it means food.. and lots of it.. and all homemade. (LOVE this girl) I think you've met Nicole before, but if you're new around Recitherapy, meet Nicole. 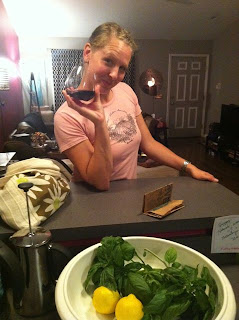 See that beautiful bunch of fresh basil? She brought that over for me from where she works... 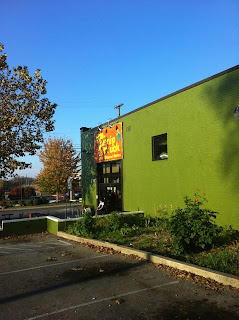 The Turnip Truck. Best local organic grocery around.
We decided to make turkey burgers as an adaptation to the chicken burger recipe found here. I'm not going to give you the recipe for these magical turkey burgers though, cause you can get it right there in that book. I am, however, going to give you the recipe that we came up with later that night for our bread pudding. When we went grocery shopping for dinner, we ended up buying some really fabulous fresh bread rolls for the burgers.. obviously we only ate two, which left a giant mound of yeasty goodness just sitting there on the counter. We couldn't resist the pudding idea. So let me walk you through what we did. Remember, there were only two of us so we're not making a giant dish of pudding... BUT, it could've easily served four, especially paired with a little scoop of vanilla ice cream and fresh whipped cream.
You'll need:
First get your dinner ready and set your table... this bread pudding preparation takes all of 5 minutes! 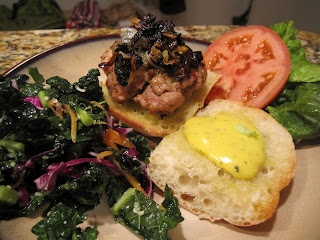 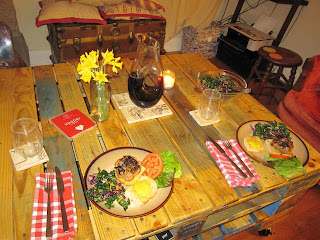 Preheat your oven to 350 degrees. Break your bread into chunk pieces. I prefer substantial bites in my bread pudding... nobody likes crumb pudding. Throw some raisins in and mix it around. 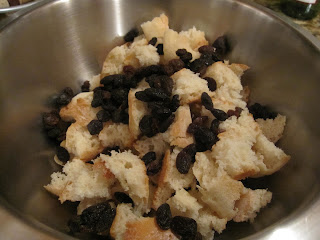 Measure out 1 cup of cream and stir in 2 teaspoons of vanilla extract. Then toss in a generous amount of cinnamon and a sprinkle of sea salt and stir it all with a spoon. 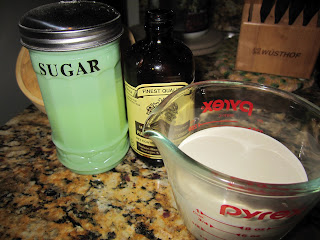 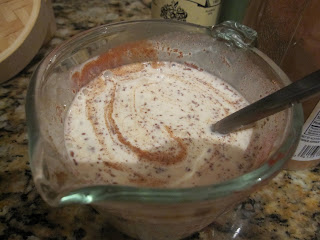 Transfer your mixed up bread and raisins to the baking dish you want to use. Again, I suggest using something smaller so that your bread pudding can be thicker and prettier to present. 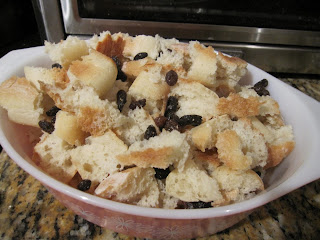 Now drizzle your cream mixture all over the bread, making sure to fill in any nooks and crannies you see.. and don't leave out the sides! 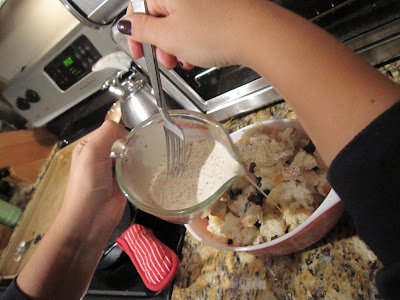 Now measure out one more cup of cream and pour it all over the dish.
Now sprinkle some sea salt and sugar all over the top... don't be shy with the sea salt, it really sets off the sweetness nicely. 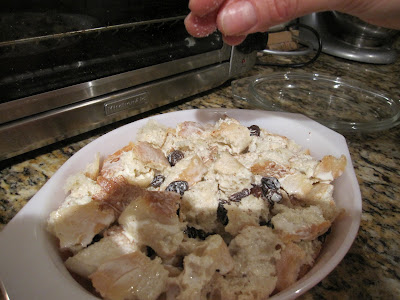 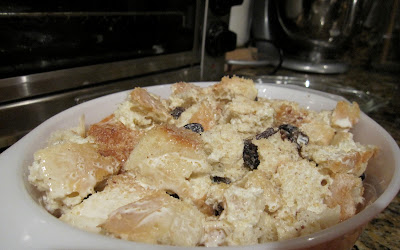 See all those crystals of delicious flavor?! YUM!
Now it's ready to go in the oven! Set your timer to 20 minutes to start and check on it after that. If it still needs time, put it on for another 10 minutes.. but don't over do it! Once the top looks a little brown and bubbly, you're good to go. 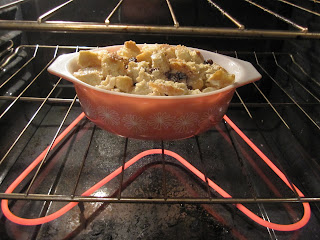 Pour the wine, enjoy your dinner and before you're even halfway through your redbox flick, your freshly baked dessert is wafting through the air, carrying scents of joyous cinnamon and yeast through your nostrils! 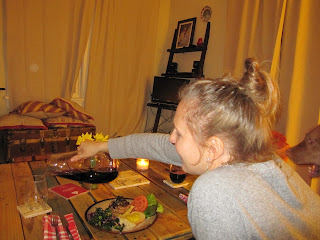 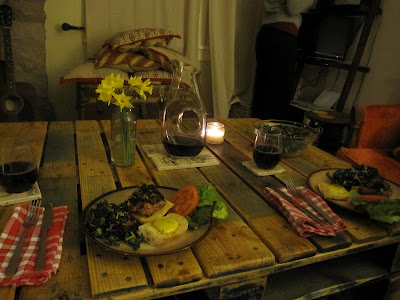 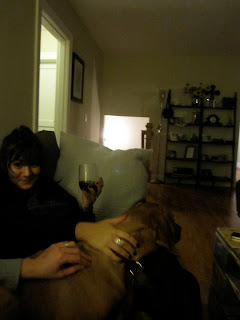 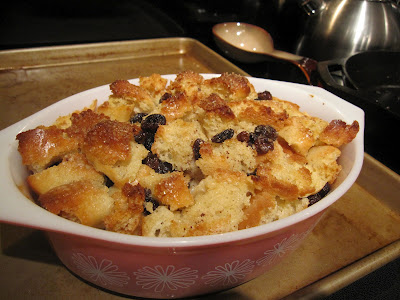 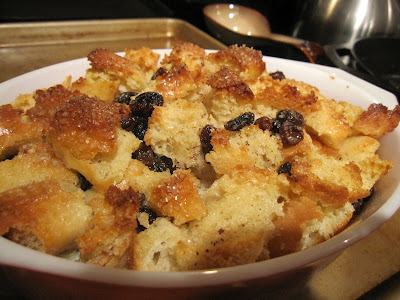 OH yeah... who wants to join me in climbing over those glorious golden mountains of crystallized toast?!
Break out a beautiful little tray, stack up some bowls, get out the tub of ice cream and your work is done, my friend... sit, scoop, and enjoy! (i know we did!) 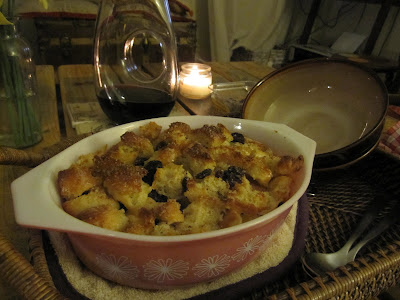 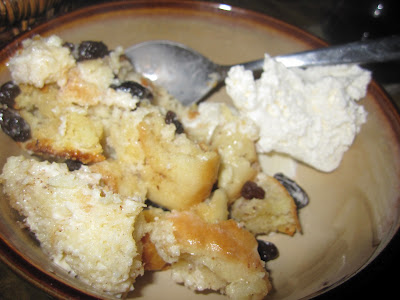 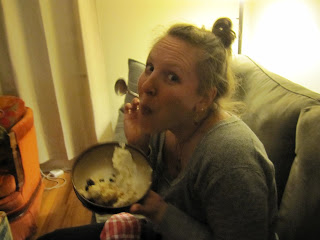 Happy Monday to you all! Who's inspired to make good food?
xox
Posted by sidney at 11:43 AM