... also known as Greek egg- lemon soup!
What do you get when you mix a leftover chicken carcass and a sick husband? Avgolemono!
Seriously it was the perfect thing to make today. But it's actually kind of always the perfect thing to make. Why? Because the ingredients are so simple and most times, you probably have them on hand. Let me preface this post by telling you this: if you're not a lemon person, don't attempt this soup. If you are, dive in whole-heartedly. 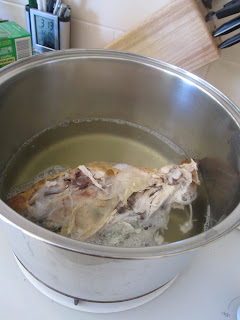 Start by putting your chicken carcass into a pot with about 2 cups of water and turn it on medium heat. 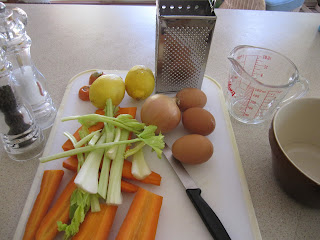 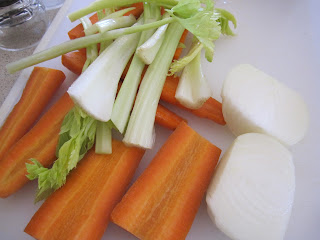 Slice your two large carrots into halves then fourths, same with your two celery stalks, and then chop your onion in half. 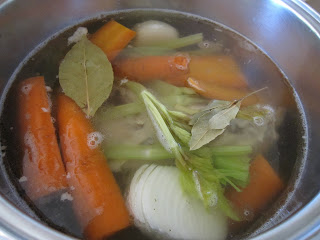 Throw it all into the pot with the chicken carcass, 5 whole black peppercorns and some salt, add 4-6 more cups of water and top with 2 bay leaves. Now let it simmer on medium- low heat for about an hour and a half, two hours if you can stand it. Crack your eggs in a small bowl. 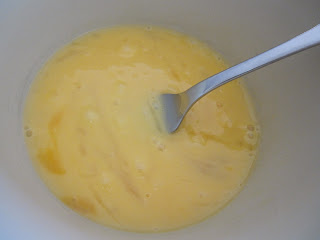 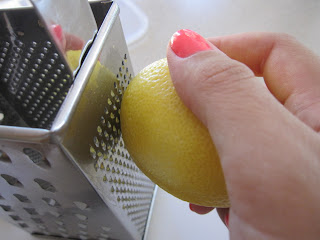 Zest one lemon until you have roughly 1 teaspoon of zest. (i like a little more than a teaspoon) 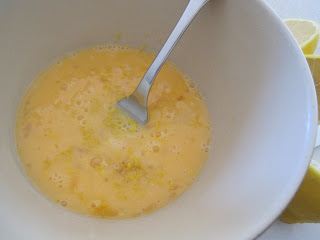 Add the lemon zest to your whisked eggs. 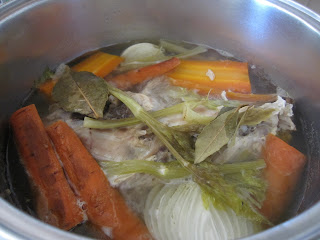 An hour and a half later, this is what your broth is looking like. Don't you just feel like a forager looking at that? 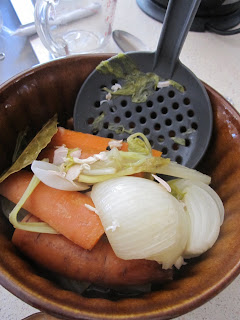 Remove all the veggies, bay leaves and chicken carcass. (set them aside, you may want to add them back into the soup later) 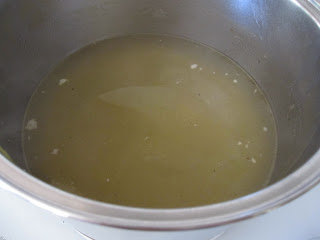 There's your homemade broth! Nothin' like it. Now bring this broth to a boil, add 1/2 cup of rice or orzo and cook it for about 12 minutes. (apologies that this is not photographed) When the orzo or rice is done cooking, turn the heat off and just let it sit. 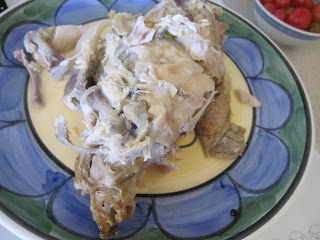 See all that meat that's still left on the carcass? Pick it off and keep it aside with the veggies! (watch for bones) 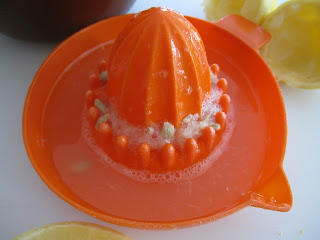 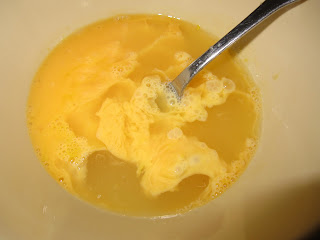 Add the lemon juice to the eggs and keep whisking. 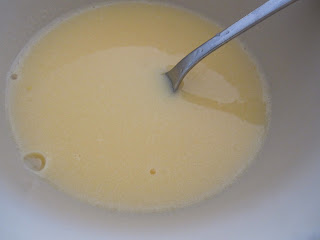 It'll look creamy and smooth like this when it's good to go. 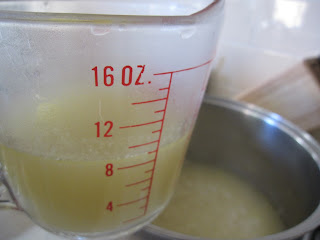 Pay close attention here: Get out a measuring cup or a bowl and ladle out roughly 2 cups of broth. (this will be used to 'temper' the egg mixture so that the eggs don't cook when they're added to the hot broth... 'tempering' is just slowly adjusting a specific ingredient to it's desired temperature as to not cook it instead.) 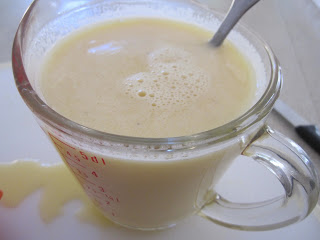 Now, carefully and slowly, pour the egg-lemon mixture into the removed broth.... CONSTANTLY STIR WHEN ADDING and when it's all added, keep stirring... this will keep the eggs from cooking but will gently blend them with the broth. 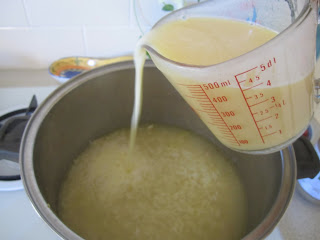 Now that your egg-lemon mixture is added to the removed broth, pour your new mixture back into the pot with the rest of the broth and rice and turn your heat on low. Stir well. 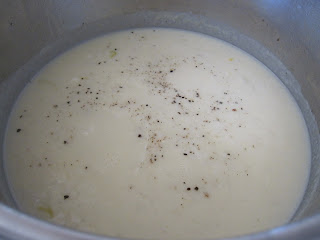 Your mixture should look creamy and delicious like this! Add salt and pepper to taste. When your broth tastes just lemony and perfect, add back the other ingredients if you wish to... I decided to leave the veggies out and just add in the extra chicken pieces I pulled off the carcass after it had been cooked. The simpler, the better I think when it comes to this soup. However next time, I'll probably add some more chicken. 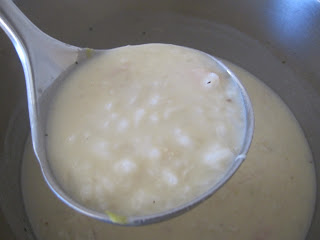 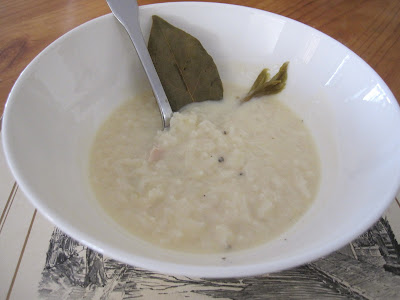 Serve with a garnish of bay leaf, thin lemon slice or a sprig of cooked celery stalk! (and maybe some pepper for looks) 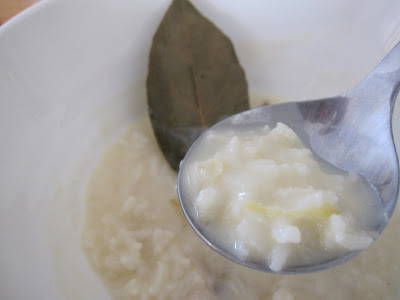 And that is Avgolemono.
xoxo
Posted by sidney at 5:45 AM