Normally, I go to bed with at least a little bit of an idea about what I want to blog about the following morning. I get up, think about it, analyze the photos I have or have yet to take, see how the blog is gonna shape up, and go. HOWEVER, four nights ago, my family was in town and we decided to go to an Italian restaurant... this restaurant prides itself on their "order one pasta, and the chef will make you another one of any choice to take home" policy. WHAT?? What is that?! We asked the server. He said it was their "marketing scheme" to get people to come back... right... as if I EVER need to come back to your restaurant again, sir! I have take out for WEEKS because of your stupid marketing scheme! I don't want to see another noodle for at LEAST a month! We LITerally won't be coming back for a very long time. Eh hem... thanks for letting me rant, guys. ANYWAYS, the point of all this is to tell you that I haven't been ABLE to cook all that much the last 2 nights because we've been trying to make it through all this pasta! (mind you, it wasn't just james' and my pasta... it was from my dad's and Brent's take out pasta as well... they left it here considering they were driving home 6 hours the next day.)

My dilemma is that I have no great MEAL to show you today... and maybe not even TOMORROW! (hopefully tomorrow) So I thought, "right, what can I show them?" I talked to my sister this morning about what I might blog about... I thought about making the entire post about her failed TollHouse chocolate chip cookies story, but I didn't want to embarrass her. ;) (ps- she did actually make them again yesterday and they turned out beautifully) Then she suggested that I just give you some side dish options... then I remembered! Just before we left for Australia and we were trying to get through all of our groceries, (remember that?) I made a really great, weird, vegetarian dinner for myself of turnip greens, skillet potatoes, sauteed onions zatar pita and hummus! I know, I know, hodge podge but it was all that was left in the fridge, so I went with it! Anyone interested?

Turnip Greens: Listen, I am not a "southern belle" by any means, but turnip greens are SO FAR UNDER. RATED. They're great! Seriously... they're totally delicious, they're totally easy to cook, and they're HIGHLY nutritious! Turnip greens are chocked full of calcium and a little something they call glucosinolate, which helps prevent cancer! Hello ladies?? EsPECially ladies! Don't we all have the tendency to have low calcium levels, bone density issues, cancer...? Turnip greens help! So let's learn to love them and incorporate them into our weekly diet! (besides... they're SO CHEAP.. win!) 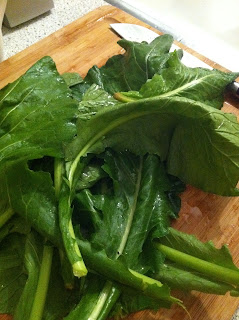 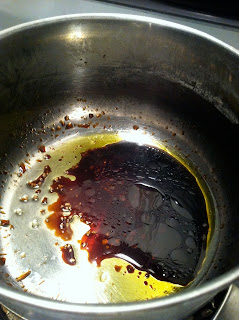 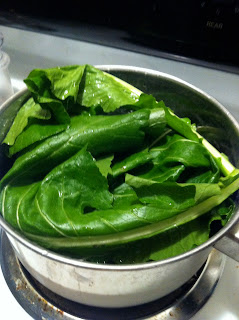 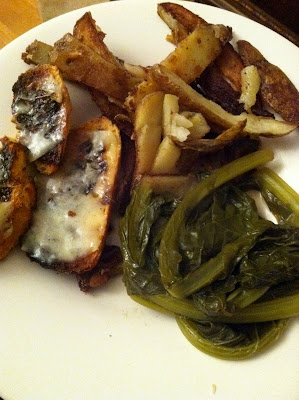 yes, that is vegemite toast with melted cheese... james made it and i couldn't resist. "cheesy-mite," as we affectionately call it. 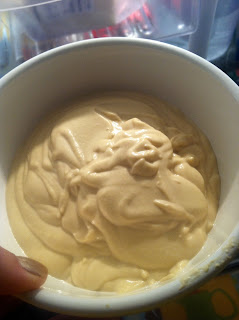 Remember how to make homemade hummus ? 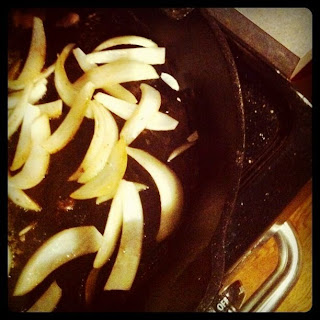 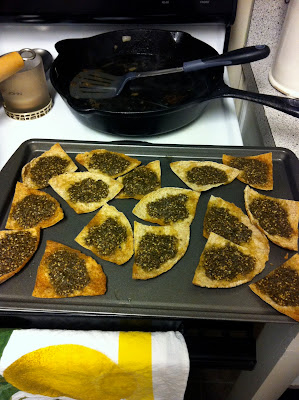 This is zatar on pita. (ZAT-uh) It's a middle eastern mixture of spices, sesame and salt. You can buy it at an arabic grocery... harder to find other places. You make a paste out of the mixture and olive oil, spread it (sort of sparingly if it's your first time trying it) on some pita wedges, and stick it in the oven for 10 minutes. Killer. Especially with hummus.
Skillet Potatoes: aka- homemade steak fries...? 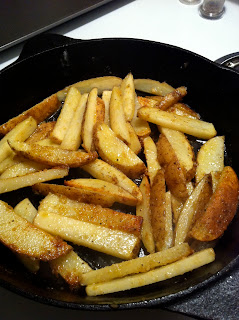 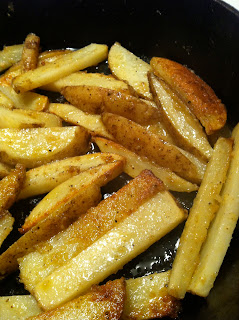 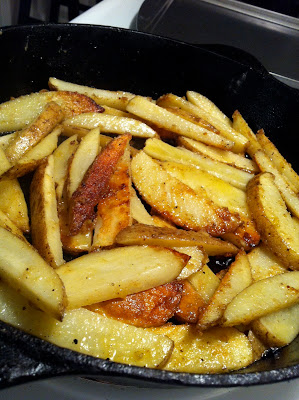 yes please! (mind you, i wouldn't make these on a regular basis... but when I'm having an all vegetarian night, I don't feel so bad) ;)
So excuse the random, "side dish" quality of this post, but I hope it was helpful and fun and tomorrow, we should be back on track and completely PASTALESS! In the meantime, wish me luck trying to devour baked ziti for ONE more night. I've resorted to adding my own italian spices, fresh parmesan reggiano and olive oil to freshen things up a bit. Everybody needs a little spice in their leftover pasta life, right?
Happy Wednesday, friends!
xo
Posted by sidney at 12:51 PM