Le Beaujolais Nouveau has arrived!
It's Friday Fave or Fail day and today, we have a FAVE! I've already told you about this place probably 3 or 4 times but I haven't done a full on post about it... The Wine Cellar in Cornelius, North Carolina. It is a total WIN! I would say we frequent this spot 2 or 3 times a week for an evening glass, but last night was SPECIAL. What an experience! They did a unique celebration for Le Beaujolais Nouveau wine... apparently that's an actual almost holiday over in France! So here's the basic story... Beaujolais wine is made from grapes that were only fermented for a few weeks! It's a quick fermentation process of the first grapes so that you can enjoy the 'not as great' wine while waiting for the better Beaujolais to ferment! It's almost a race from what I understand, to see who can harvest these grapes and deliver it out to the mass public the quickest...How funny right? But it became a funny, well-loved tradition that at one past midnight on the third Thursday of November, it was time to try Le Beaujolais Nouveau!

So last night we partook of this hilarious tradition and did a tasting of 3 different Beaujolais Nouveau wines... sure enough, one and two were great, but not NEARLY as great as the longest fermented number three... so strange! :) But nevertheless it was fun to delve into a little taste of their culture, and Alain couldn't have been happier to have so many friends celebrating with him at his fabulous place. He threw SUCH a party! All the staff wore these bright yellow festive ties and berets, the tasting portions were poured from a big beautiful barrel turned table, a fabulous accordion player was sitting in the corner, serenading us all with French tunes, it just was the best! Really, what's better than trying new wines to the setting of low lighting, whispers of the French language and "La Vie en Rose"? It was fabulous. After we finished tasting all three, we bought a bottle of the best, Georges Duboeuf Beaujolais Villages 2009, ordered some cheese and mustard and toasted to celebrating a fun new tradition! Alain, THANK YOU for inviting us and opening up a little of your world back home. Friends, I've said it before and I'll say it again, go check out The Wine Cellar. It is TRULY a pleasure to be there. Here's a little look into our Le Beaujolais Nouveau escapade! 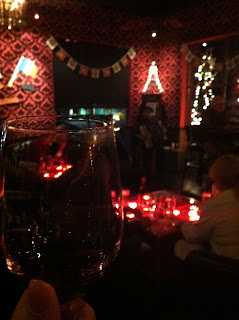 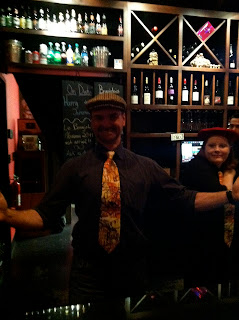 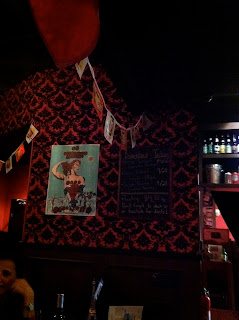 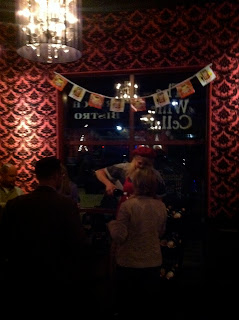 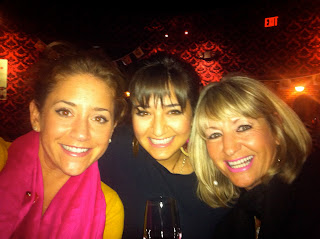 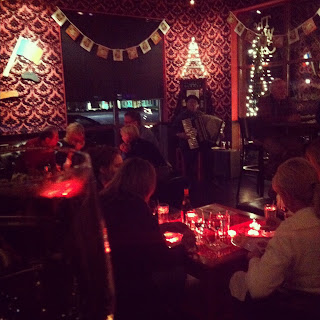 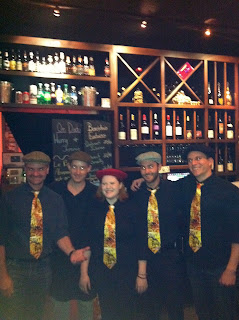 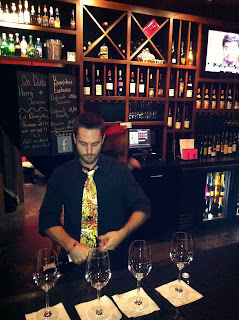 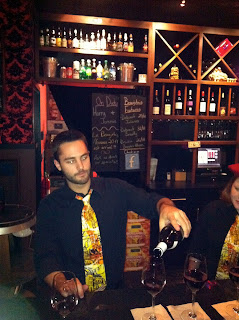 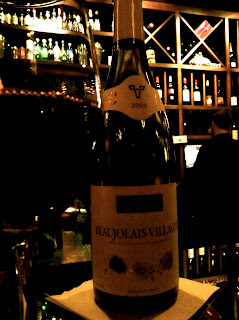 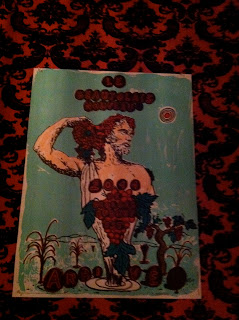 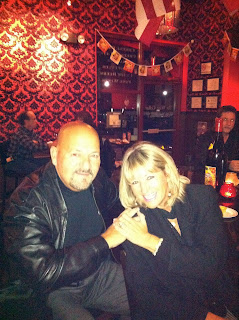 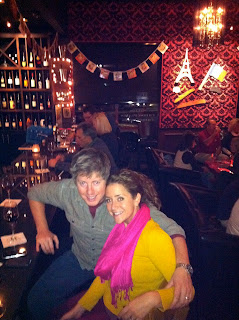 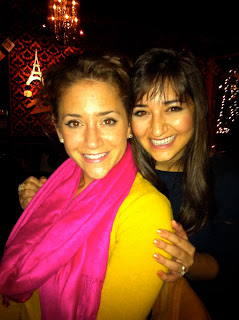 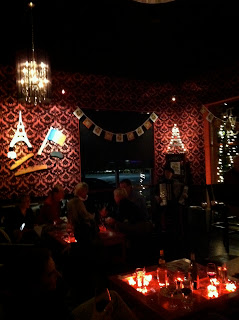 Have the BEST of weekends, friends and eat good food!
xo
Posted by sidney at 11:37 AM